For many years during the first half of the 20th century, Charlie was the most famous man in the world. The most beloved. The most popular. He was also an extremely lonesome man. Out of all the people he knew and worked with, one man emerged as his closest friend: Douglas Fairbanks. From the time they met until Doug's death in 1939, they were inseparable. Hollywood history is filled with stories of their pranks and adventures together. And with Doug's wife, Mary Pickford, they formed a bond that was unshakable. 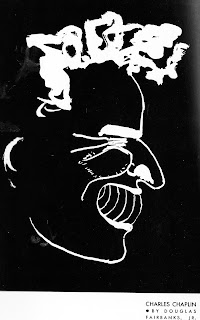 I was looking through some of my Chaplin books recently, and came across a slim volume published in 1931. Several years have passed since I last read it.  When I opened the cover, the first thing I noticed was a drawing of Charlie by Doug Fairbanks, Jr. The forward was written by Doug Jr.

So here is a perspective on Charlie from the son of his best friend.

"He is the easiest man in the world to know but nobody knows him - perhaps because of that fact. He has many eccentricities - a reaction from the days when, as an ambitious artist, he yearned for something he couldn't have and then found, overnight, the world in his grasp. He is a man who has dreamed, and because his dreams came true they embittered him. He is a very vain man and an extremely jealous one. He is selfish beyond all tolerance and yet with all his faults there stands predominantly the frail, majestic figure of a man who might have made history had he not thought too much about doing so."

Doug continues with observations about his charm, his love of children, his embarrassment at showing affection. He speaks of his intellect, and his quickness to laugh at his own deficiencies. He also talks about his physical attributes and one of his great fears.

"He has tiny feet and his hands are almost effeminate; he uses them beautifully. He has an inherent grace about everything he does. He loves to monopolize a conversation. He is, at heart, a faithful but an erratic and not always reliable friend. He is an indomitable worker but cannot work under adverse mental conditions. He is highly sensitive and is easily offended. He dreads getting old and looks with terror at the gray hairs that are already plentiful in his early forties. He likes to brood alone. He takes long walks and runs every morning before breakfast. He is an incurable flirt and likes nothing better than to be referred to as a Don Juan. He has a slight English accent but considers himself an American. He is the champion of the oppressed even when he is on the side of the oppressors."

Doug was only 22 years old when he wrote this introduction, but he obviously had formed some well-defined opinions of Charlie, with a great deal of accuracy.  One line jumps out at me which defines Charlie's greatness as a filmmaker.
"He is never satisfied with his work and is persevering to a fault."

He concludes with a glance into the future.

"Life, to him, is a great scientific experiment. There has been only one woman he has ever really loved in his life. Charlie Chaplin will live for years in the memories of many millions and be acknowledged one of the greatest men of our day. It may be bromidic to speak of his genius, but it is surely a greater and more profound gift than he himself realizes. Chaplin will always be 'Charlie' and 'Charlie' will always be 'Charlot,' and as such will be a great man to many who wish they they knew him, but cannot - because it is so easy to do so."

This was written in 1931, before "Modern Times" and "The Great Dictator" and "Monsieur Verdoux" and "Limelight." And possibly before "City Lights." Doug Junior was the one who called Charlie to tell him of his father's passing.

The Music in His Life

The Chaplin name will brighten Broadway starting this August. That's when "Chaplin: The Musical" begins previews, with the opening set for Sept. 10, 2012. Rehearsals are scheduled to begin next week.

Which leads me to the subject of Charlie and music, a connection that began when he was a young boy in London and which continued throughout his life. Charlie talks about seeing two street musicians in Kennington Cross:

"It was here that I first discovered music, or where I first learned its rare beauty, a beauty that has gladdened and haunted me from that moment. It all happened one night while I was there, about midnight. I recall the whole thing so distinctly.

"I was just a boy, and its beauty was like some sweet mystery. I did not understand. I only knew I loved it and I became reverent as the sounds carried themselves through my brain via my heart. 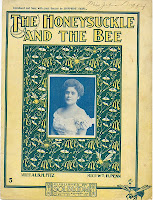 "I suddenly became aware of a harmonica and a clarinet playing a weird, harmonious message. I learned later that it was 'The Honeysuckle and the Bee.' It was played with such feeling that I became conscious for the first time of what melody really was. My first awakening to music."

That's the way Charlie remembered it in 1921, when he wrote "My Trip Abroad." In 1952 he talked about music during a BBC interview. Fred Karno was head of the music hall troupe that Charlie had joined before coming to the U.S.

"The Karno sketches had splendid music. For instance, if they had squalor surroundings with a lot of comedy tramps working in it, then, you see, they would have very beautiful boudoir music, something of the eighteenth century, very lush and very grandioso, just purely as satirical and as a counterpoint; and I copied a great deal from Mr. Fred Karno in that direction." 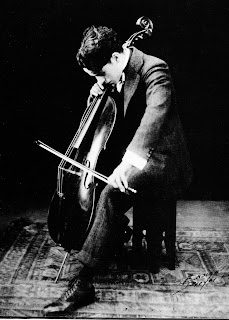 Charlie played the cello and the violin. Left-handed. He had the instruments restrung, reversing the sequence of the strings. To make this even more interesting, he was not classically trained in music and could not read or write music. Still, he heard it and realized its importance in his films. In 1926 he told a reporter:

"Music is extremely important....that is why I welcome the efforts being made to provide music by mechanical systems, such as the DeForest and the Vitaphone. Mechanical music which has the quality of a symphony orchestra is much better as an accompaniment than feeble vamping on a piano or the excruciating efforts of an incompetent or ill-led orchestra."

And as any Chaplin fan knows, he had zero tolerance for incompetence.

According to Eric James, Chaplin's music associate, "No one understood the power of musical accompaniment to film better than Charles Chaplin whose instinct for and exposure to music served him well as he began to construct his classic films." 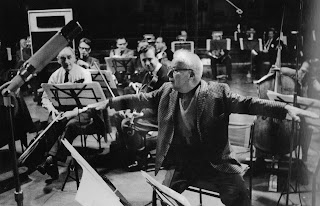 Chaplin's final film, his only one in color, was "A Countess from Hong Kong." As he did with many of his scores, he conducted, as in this shot from the recording session for that film. One final comment about Chaplin and his music: he wrote one of the most popular songs ever to come from a movie. The movie was "Modern Times," in 1936. The song was "Smile."

Posted by Gerry Mandel at 2:50 PM No comments: