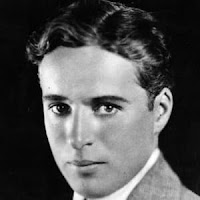 An idea whose time has come. If not overdue.
A new recording by a gifted violinist has just been released. I am attaching a link to the article that appeared on the San Francisco Classical Voice website. It's well written by a person who obviously holds Chaplin and his music in high esteem. I've attached a link to Philippe Quint's comments and portions of "Smile".
Enjoy. And order the CD.
https://www.sfcv.org/article/charlie-chaplin-gets-another-assist-in-realizing-his-musical-dreams 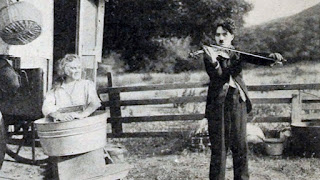 Charlie and Stanley - At The Beginning

With the recent release of "Stan and Ollie" - an excellent film starring John C. Reilly and Steve Coogan - I wanted to see what Stanley (Jefferson, at the time) had said about Chaplin. They were both in Fred Karno's company when they arrived from England to tour the United States beginning in 1910.
Here's what Stanley said: "We had a lot of fun in those days. Charlie and I roomed together and I can still see him playing the violin or cello to cover the noise of the cooking of bacon I was doing on the gas ring, forbidden of course. Then we'd both take towels and try and blow the smoke out of the window."
Charlie, of course, was hired by Mack Sennett in 1914 and went on to worldwide stardom. Stanley, who shortly thereafter changed his name to Stan Laurel, also achieved a world-wide audience, with Oliver "Babe" Hardy, though never one that equalled Chaplin.

Here are two pictures of Charlie Chaplin and Stan Laurel when they were traveling the U.S. with the Fred Karno company.

From "Stan and Ollie: The Roots of Comedy," an excellent biography by Simon Louvish, published by St. Martin's Press:
"When Stanley Jefferson met Fred Karno in November 1909, Karno had been a name in British music-halls since 1895. He is mentioned often, as an early discoverer of Stan Laurel, but mainly as the power behind Charles Chaplin, Stan's senior contemporary. However, the significance of Karno in both these actors' inheritance goes deeper than merely that of a mentor, the man who set them forth on their careers."

Posted by Gerry Mandel at 12:26 PM No comments:

One of the most popular restaurants of "Old Hollywood" was Chasen's. It was at 9039 Beverly Boulevard on the edge of Beverly Hills. Chasen's opened in 1936 and closed its fabled doors in 1995.
Charlie Chaplin was among the many stars who frequented it. A collector in LA had several memorable items connected with old Hollywood restaurants. Among them was a match-book cover signed by Charlie. 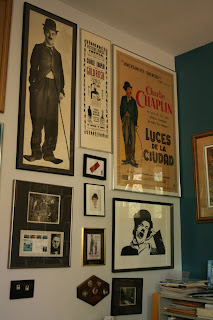 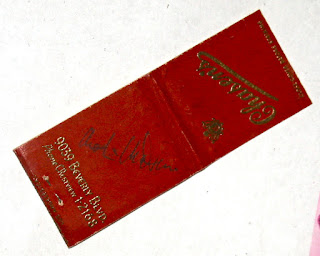 My son found it and gave it to me several years ago on Charlie's birthday. I'd love to know the story behind it...whose was it? When was this signed? Did Charlie say anything? What did he have for dinner? Who was he with? What car was he driving?
One can only imagine.

Here is a link to a short YouTube video about Chasen's and other iconic Hollywood restaurants. Enjoy.
https://www.youtube.com/watch?v=Wqx0rWg5X7Q

Posted by Gerry Mandel at 11:12 AM No comments: