Charlie Chaplin was born on April 16, 1889. It was a Tuesday. The calendar for 1889 is identical to 2013, so his birthday falls on a Tuesday this year. That made me wonder what London was like in 1889. I tried to find some first-hand accounts, but the closest I got were by Charles Dickens, who wrote 40 to 50 years before Chaplin was born.

Still, it was a start. The Victorian London he wrote about was a dirty city. The capital's sewers poured filth into the Thames; mountains of rubbish accumulated in the slums; the streets were thick with mud; the very air was poisoned by fog. "We have," said one journalist in 1889, "an accumulation of matter in the wrong place unexampled in the world's history." Fighting this rising tide of dirt was an army of workers, from crossing-sweepers, chimney-sweeps and dustmen, to those in less well-known occupations, such as dust-yard sifters, sewer flushers and street orderlies.

In “Oliver Twist,” Dickens writes: "It was market-morning. The ground was 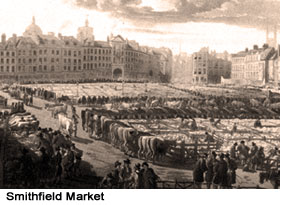 covered, nearly ankle-deep, with filth and mire; a thick steam, perpetually rising from the reeking bodies of the cattle, and mingling with the fog, which seemed to rest upon the chimney-tops, hung heavily above. All the pens in the centre of the large area, and as many temporary pens as could be crowded into the vacant space, were filled with sheep; tied up to posts by the gutter side were long lines of beasts and oxen, three or four deep. Countrymen, butchers, drovers, hawkers, boys, thieves, idlers, and vagabonds of every low grade, were mingled together in a mass; the whistling of drovers, the barking dogs, the bellowing and plunging of the oxen, the bleating of sheep, the grunting and squeaking of pigs, the cries of hawkers, the shouts, oaths, and quarrelling on all sides; the ringing of bells and roar of voices, that issued from every public-house; the crowding, pushing, driving, beating, whooping and yelling; the hideous and discordant dim that resounded from every corner of the market; and the unwashed, unshaven, squalid, and dirty figures constantly running to and fro, and bursting in and out of the throng; rendered it a stunning and bewildering scene, which quite confounded the senses." 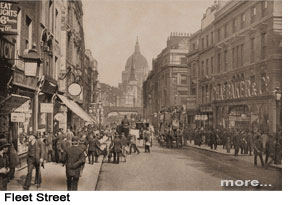 In “Little Dorrit,” Dickens describes a London rain storm: ”In the country, the rain would have developed a thousand fresh scents, and every drop would have had its bright association with some beautiful form of growth or life. In the city, it developed only foul stale smells, and was a sickly, lukewarm, dirt- stained, wretched addition to the gutters.” 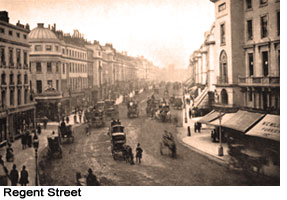 London would undergo significant changes between Dickens’ time and Charlie’s childhood. In 1800 the population of London was around one million. That number would grow to four and a half million by 1880. While fashionable areas like Regent and Oxford streets were growing in the west, new docks supporting the city's place as the world's trade center were being built in the east. Perhaps the biggest impact on the growth of London was the coming of the railroad in the 1830s which displaced thousands and accelerated the expansion of the city. The price of this explosive growth and domination of world trade was untold squalor and filth.
You can read more about Dickens’ London at this excellent website, http://charlesdickenspage.com/dickens_london.html.
Chaplin barely mentions his impressions of London in his autobiography, or at least I couldn’t find any. It seems he forgot, chose to forget, or never knew.

David Robinson, in his monumental work on Chaplin, offers this about Charlie's birth, while talking about Charles Sr. and Hannah: "Charles and Hannah were not so meticulous in registering Charles's birth as Sydney's; and it has tormented historians and biograhers for decades that there is no official record of the birth of London's most famous son. .... In the early days of his cinema fame, Chaplin said that he was born at Fontainebleau, in France. This mlay have been one of the colourful stories with which Hannah seems to have endeavoured to brighten her sons' lives. Later Chaplin was certain that he was born in East Lane, Walworth, just round the corner from Sydney's birthplace in Brandon Street."  "Chaplin: His Life and Art" by Robinson
I discovered this fascinating bit of footage on YouTube, again thanks to the Dickens’ London website. It shows scenes of London in 1903. http://www.youtube.com/watch?v=v-5Ts_i164c&feature=player_embedded#


My friend Carl Sturmer spends a lot of time in London. Which is terrific, because he's a big fan of Chaplin. Here are some photos he sent me a few months ago, places associated with Chaplin. 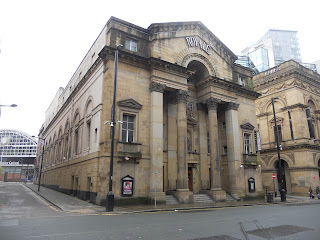 Carl's description:  "Found the Royal Theatre on Peter Street in an area of some beautiful building surely there in 1899 when Charlie toured. Short walk from my hotel. The theatre is closed up now (was a disco but lobby floor was strewn with old mail etc.) I was able to walk around the entire circumference. Looked for what would have been the stage door but couldn’t narrow it down. Doors have all been replaced with metal ones anyway. Two interesting things I noticed. Statue of Shakespeare on front of theatre matches the pose of Shakespeare statue in London’s Leicester Square directly across from Chaplin statue .  The other thing is that the building right across the street, under renovation, has a sign on it that reads Lancashire House. (as in Eight Lancashire Lads) Hmmmm!" 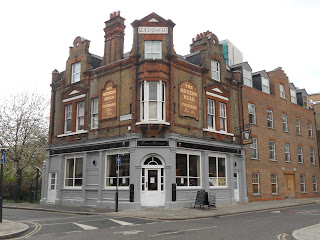 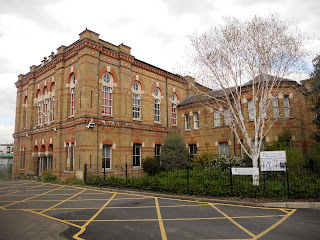 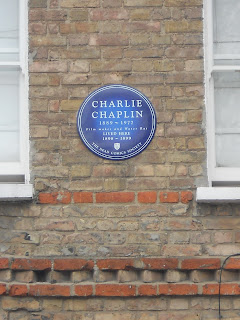 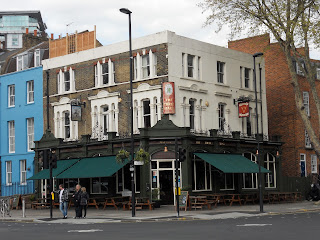 Carl and I had lunch at this incredible pub in New York's Greenwich Village. 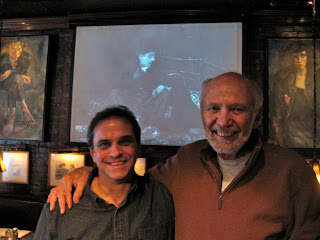 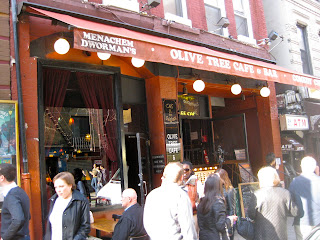 The Olive Tree Cafe shows Chaplin movies from morning until night. And the food is pretty awesome too. He introduced me to it over a year ago, and I returned there with my wife and daughter last September. 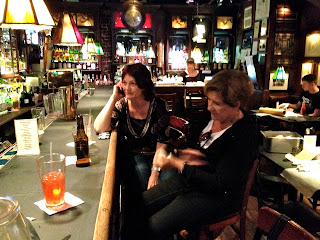 The other two photos are of 19th century London, compliments of Google.
The Tower Bridge (right) was built in 1894. 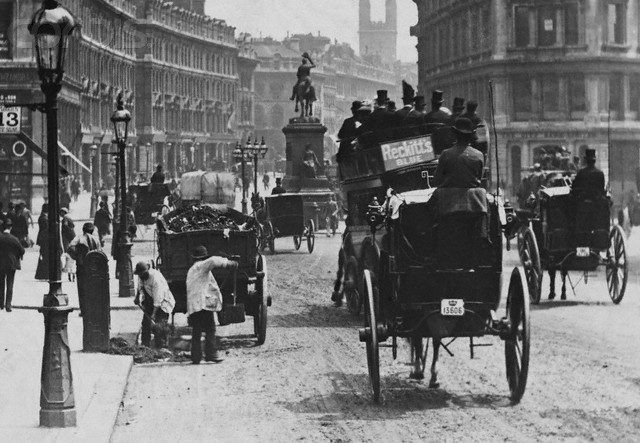